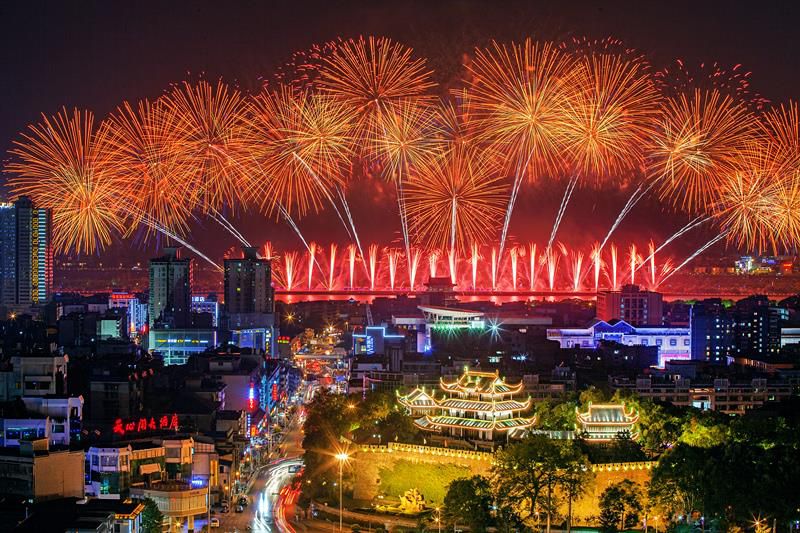 "The fireworks world spotlights Liuyang." From May 31st to June 2nd, with this theme, the fair is dedicated to building the largest industry chain exhibition in the fireworks industry.

Liuyang Daily News (Reporter Nie Yu Liu Sha) Traditional industries and modern science and technology complement each other, safety and environmental protection and scientific and technological innovations fly wing to wing, all-round display of new achievements in the fireworks industry, panoramic display of fireworks industry, the whole industry chain, from May 31 to June 2, The 2018 China (Liuyang) International Fireworks and Firecrackers Fair (referred to as the "Liu Fair") will be held at the International Fireworks Trade City, Dayao Town, Liuyang City.

"The fireworks world spotlights Liuyang", with this theme, the fair is committed to creating the history of the largest fireworks industry full-chain exhibition, leading security, environmental protection, technology development.

This is an unprecedented panoramic exhibition of the fireworks industry.

More than 400 standard booths and 9 special booths, the exhibition planning area reached 12,000 square meters. “The scale is unprecedented.” According to the relevant person in charge of the exhibition organizing committee, the companies that have confirmed to be exhibited not only include fireworks and firecrackers, but also extend to the upstream raw and auxiliary materials, downstream fireworks companies, and related production facilities. Will attract fireworks dealers and exhibitors from nearly 30 provinces, cities, and autonomous regions in Anhui, Shandong, Liaoning, and Sichuan to visit the show, as well as foreign businessmen from more than 10 countries including the United States, Belgium, Spain, India, and Indonesia. Exhibition.

It is reported that the fair will launch the China Fireworks Display Exhibition and the 17th Safety Production Month Launching Ceremony, "New Products, New Materials, New Processes, and New Machinery" will be displayed. The Chinese Fireworks and Firecrackers Association will be opening, Firework Industry and Culture Forum, and The 4th Fireworks Culture Industry Fair in China's Characteristic Town (Dayao), totally 12 events.

This is also a new experience that subverts the traditional concept of fireworks. More scientific, safer and more environmentally friendly. At that time, the fair will expose the exhibitors through the VR technology to experience the lighting effect, display the remotely operated, delay-launched chariot fireworks, and a variety of the latest smart products.

The fair will not only take into account the overall situation but also highlight the personality. According to the product category, firecracker, fireworks, toy fireworks, display shell, machinery, raw materials and other exhibition areas will be set up. While displaying the industrial development process as a whole, the featured enterprises will be promoted to create a number of well-known brands. 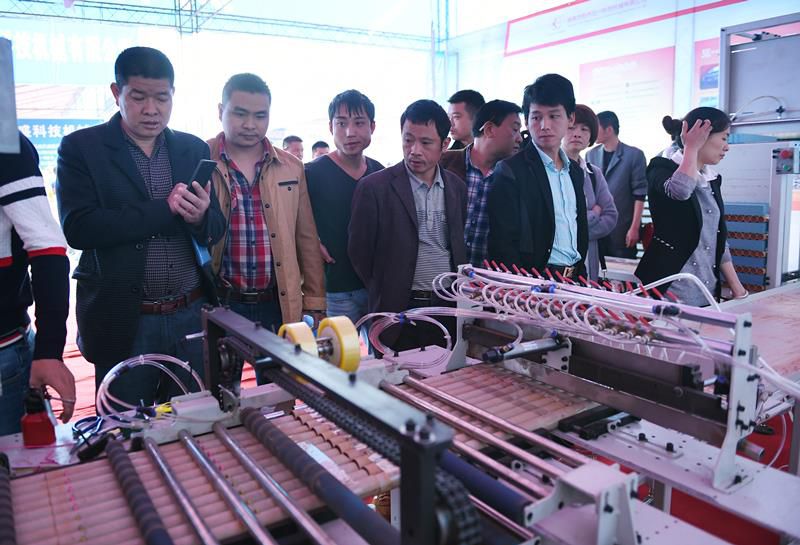 This year is the "year of industrial project construction" in Hunan Province. Hunan Provincial Party Committee and Provincial Government proposed that we must vigorously promote the construction of industrial projects, highlight the real economy, and seize the core of intelligent manufacturing. With science and technology as the driving force, the fireworks industry has been making efforts to return to the origin of "safety and environmental protection." The fireworks industry is relying on scientific and technological strength and is now launching new vitality.

The 2018 China (Liuyang) International Fireworks Fair is in line with the new situation. It starts from the whole industry chain, displays the specific conditions of the fireworks industry upstream and downstream, and through big data analysis, enables visitors to vividly understand every link of the entire industry chain of fireworks.

In 2018, Liuyang thoroughly implemented the “Pilot Project” of Liuyang Fireworks, focusing on deepening the industrial chain of fireworks and fully consolidating the leading position of Liuyang Fireworks. Among them, an important measure is to develop the headquarters economy, make up for shortcomings, and guide media publicity in order to consolidate the industrial base.

In the same period, the Fourth Culture Industry Expo held in Dayao will be based on the theme of “Looking forward to LITIAN” and will rely on the rich material and splendid culture spawned by the fireworks and commemorating the 1417th anniversary of the birthday of the first ancestor of the fireworks, Li Tian.