Firework EXPLOSION leaves one dead and 26 injured in Spain holiday 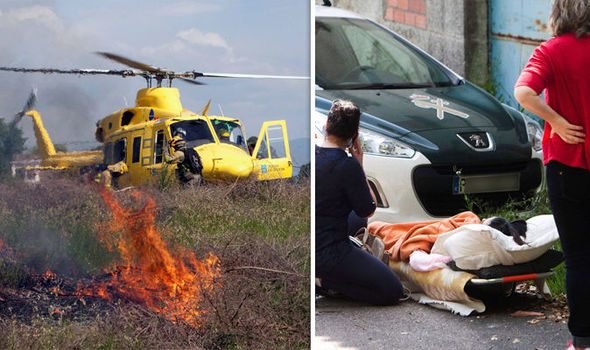 One man kill and 26 hurt in the Fireworks explosion in Spain.

Policeman arrested one man, who responsible for this accident by causing one woman dead and 26 injured, and 7 of them are children in Spain.

This local man identified as Fransisco R, who runs a fireworks firm, where the accident happened on 4.30pm in Baldrans in Galicia, north-west Spain.

The local Spanish newspaper reported, up to 4 people were killed, while more than 10 house was destroyed by this blast.

A police explosives professional went to check the spot and assure there is no more explosion would happen.

The ex-mayor, Eurique Cabaleiro said it was the fault of the owner of the firm, who delivers his stocks of fireworks to a private house in Paramos, and caused this disaster happened.

According to the video taken by citizen, the explosion caused a lot of smoke, rising into the air and rubble covering the whole town streets.

Policemen mentioned this accident happened at a house where fireworks kept without any permission from the government, where is a private house instead of warehouse, especially for fireworks stocking. And require people need to keep eyes on this type of illegal existence.

Alberto Nunez Feijoo, President of regional government require police to flash for more victims among the rubble of broken houses. He said: “ more searching and clearing needs to do to make sure there are no more victims in this explosion.”

Alfonso Rueda, vice-president of the regional government, said “many” houses had been virtually destroyed 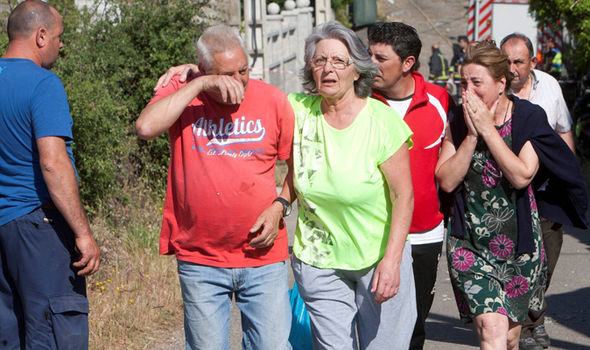 Although the official number of dead people not confirmed by the government, locally reported said 4 people already dead in this disaster.

After the explosion, firefighter flushing all homes for any possible injured victims or dead bodies.

A local in the area said:” it’s really terrible, explosion happened while we watching TV at home, and suddenly everything falls with huge noise like the end of world coming！The windows broken, the ceiling fell, I have no idea if I should help my boy or my girl first, and one girl’s hair and shire was on fire!”

Another resident nearby said:” I watched the whole accident happened, and it destroys everything, everything began to burn like fire in the hell tearing the world apart!”

A fireman tweeted at 7.30pm local time” now one person dead and 26 hurt, many houses destroyed, injured people have been taken to different hospitals.”

Hotels provide the living arrangement for those suffering residents, who just lost their houses in this disaster explosion.

No further details have been released.